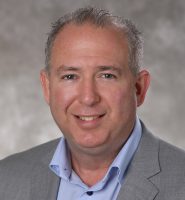 Alex Kurkin practices complex contract law, real estate law and commercial litigation for companies in tightly regulated industries. He regularly advises auto dealerships and other businesses on their customer sales/lease agreements in order to protect them from potential legal challenges and claims. If one of his clients becomes the target of a lawsuit, his skills as a litigator and strategist enable him to provide effective representation that typically results in favorable outcomes.  He takes this same approach in pursuing legal action on behalf of his clients when litigation becomes unavoidable.

Alex also conducts pro-bono work for the Miami-Dade Bar Association’s Put Something Back program. He is a youth football coach and a founding member of the Miami Beach Health Foundation.  He has a bachelor’s degree from the University of Florida and a Juris Doctorate from the University’s law school.

John Forehand is an AV rated attorney who brings extensive experience to his ongoing practice of motor vehicle franchise, litigation, business transactions and administrative law. He primarily represents motor vehicle dealers in disputes with manufacturers and regulatory agencies. John advises dealers in matters relating to dealership transfers, termination actions, dealership additions and relocations, and all other matters associated with the dealer/manufacturer relationship. Additionally, he advises dealers on issues of regulatory compliance and consumer disputes.

He assists clients in buying and selling motor vehicle dealerships, including transactions involving individuals and publicly held corporations, and assists clients in locating potential buyers or sellers. He is also experienced in general commercial litigation. John has a Bachelor’s degree from the Florida State University and a law degree with honors from the University of North Carolina at Chapel Hill. 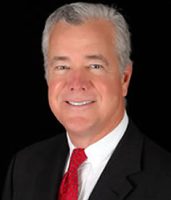 Ed has represented dealers in state and federal courts, as well as before the Florida Department of Highway Safety and Motor Vehicles. He has litigated numerous administrative cases on behalf of dealers and against manufacturers before the Florida Division of Administrative Hearings on franchise issues including adverse new points or relocations. He has appeared before Florida legislative committees promoting pro-dealer legislation and has extensive experience handling appeals for Florida dealers before the Florida District Courts of Appeal and also represented numerous Florida dealers in arbitration proceedings. 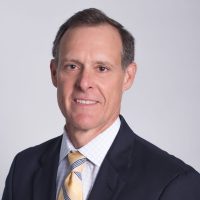 Rich is a Partner-Shareholder with Bass Sox Mercer. His primary area of practice is automobile franchise law. In this capacity, Rich provides counsel to dealers regarding their rights and obligations as related to manufacturers. He represents dealers in both manufacturer-sponsored and judicial mediation, state-mandated administrative proceedings as well as in state and federal court. Like the firm, Rich is not limited to any particular state in his representation of dealers. He is involved in assisting dealers in the areas of manufacturer facility and incentive programs, franchise realignment and upgrading dealer franchise laws.

He is a graduate of the Florida State University College of Business with a Bachelors Degree in Finance and graduated from the Florida State University College of Law with Honors. He has been a member of the Florida Bar since 1993, as well as the Florida Supreme Court, United States Court of Appeals for the Eleventh Circuit, United States District Court for the Northern, Middle and Southern Districts of Florida, as well as being admitted to appear on behalf of clients in numerous Federal courts across the United States. In his time away from the office, Rich serves as a Board member and Past President of the American Heart Association, Leon Division and as a member of Leadership Tallahassee, as well as engaging in outdoor pursuits including hunting, fishing, mountain biking and golf.